The wireless industry is a hyper-competitive one and Retailers are always trying to stay one step ahead of the competition.   One source of the competition is the Carriers themselves who try to circumvent the Retailer and target the customer directly.   They have been doing this for a long time with Company Stores and websites which often have better priced phones than even the cost price that Retailers pay.

And now, in the world of smart phones, there’s even an app for that.

Recently, Boost Mobile released an Android app called “Boost Dealz” which runs ads on customer phones in idle mode.   Customers can decide whether they “like” or “dislike” the ad and even visit the advertiser’s website with a click.  In exchange, Boost Mobile puts $5 into the customer’s account each month and gets to offer customers a clever way of “lowering” their monthly bill.

Boost Mobile parent Sprint is working with an Australian company called Unlockd to offer the discount. Unlockd sells the ad space to brands and ad agencies, according to the Wall Street Journal, and any money left after paying for the $5 discount is split with Sprint.

With growth slowing, “Carriers globally are really fundamentally changing their focus to figure out how to get new revenue streams,”  says Unlockd CEO and co-founder Matt Berriman, adding,  “This is a game changer because it generates new revenue streams and reduces churn for telcos, whilst giving consumers a new way to pay for their smart phone usage and allows advertisers to reach that holy grail of geo-targeted, full-screen mobile advertising.”

However, for Boost Mobile, the benefit is two-fold as it not only gets to generate revenue from ads, but also market directly to the customers.  Along with other ads, customers have access to Boost Mobile offers which avail phone upgrades at a much lower price than available in Retailer locations.  This direct-to-customer marketing eliminates the Retailer, who has been tasked with introducing the app to the customers, from the middle and creates a real opportunity for the Carrier to save on upgrade commissions and phone margins. 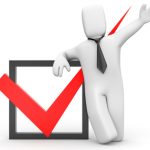 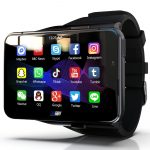 The Changing Face of Wireless: Could Smartwatches Replace Cell Phones?Uncategorized